Apologies To The Queen Mary 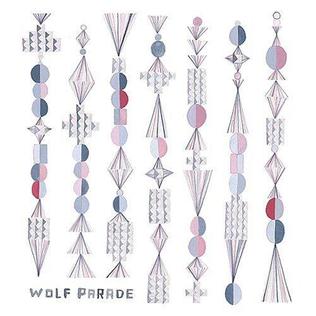 Sometimes albums come along at the right place and the right time.  2005 was a monumental year for myself and all New Orleanians.  August 29, 2005 Hurricane Katrina made landfall.  Fast forward 2 months later, I’m a transplanted evacuee living 90 miles away from home in Baton Rouge.  The investment firm I was working for had relocated from our downtown New Orleans high rise building into a dilapidated, cramped shack in Baton Rouge.  I was also in my final year of my MBA program which attempted to make the shift to online classes in the wake of the storm.  I was depressed and exhausted.  Family and friends were scattered around the country.  It was complete chaos.  I can’t recall how I came across Wolf Parade, but I remember my introduction to the band was when I heard their track “Shine a Light” from their 2004 EP.  It ignited me from my own darkness.  This album reinvigorated my sense of being.  Apologies was my favorite album of 2005.

There is an ad nauseum comparison to Wolf Parade being some hybrid of Modest Mouse and Arcade Fire, which is only interesting to me because Isaac Brock of Modest Mouse did produce a lot of this album and I saw Wolf Parade open up for Arcade Fire in September 2017.  Ok, I should also mention that this album was originally 2 EPs that were cut in Arcade Fire’s Canadian practice studio in 2003 and 2004.  Otherwise, I think Apologies stands alone as an epic album at the height of what some pedantic music critics may label the post-indie era. Spencer Krug and Dan Boeckner trade songwriting and vocals throughout the album yet still find a symbiotic thesis.  The symbolism and running theme of darkness, ghosts, and the night are haunting but counterbalanced by the message of belief, sunshine, and lightness.  Beauty is not soft.

The album starts off with a sensorial amuse bouche. Drums and cymbal strikes accompanied by sparse piano. The album then opens up with “Modern World.”  Harmonies, lupine howls and introspective lyrics set against a beautiful acoustic guitar melody and piano. Admittedly, I prefer the synth version on the EP.  “Grounds for Divorce” is stunning.  “You said you hate the sound/Of the buses on the ground/You said you hate the way they scrape their brakes all over town/I said pretend it's whales keeping their voices down” I’ve always loved these words.  The song then cascades into an infectious tempo blast of guitar and keyboards.  Being lyric forward, there is plenty for me to feast on but it’s the sonic landscape of these songs that floored me. The inspiring message in “Shine a Light” and “Sons and Daughters” gives way to the album’s climax: “I’ll Believe in Anything.”  Masterfully anthemic and easily one of the best tracks of the decade.  “Give me your eyes/I need sunshine.” The last minute of “It’s a Curse” has the power to drive the stoic to blissful frenzy.  The album finishes in a manic flurry, “It’s getting better all the time/This heart’s on fire.”  Apologies allowed me to accept the starkness of Katrina’s impact on life and home but forced me to believe that light and rebirth were ahead.  Right place, right time.

Human emotion is what separates us from most other animal species.  Art, in any given format, appeals to those emotions.  We’d probably still be Mongols, Celts and Aztecs without its civilizing power.   An album, a song, a lyric, a painting, a Madeleine,* a book, a verse or even a well chosen word can inspire so much within ourselves.  I wish I were harboring some hidden talent or medium that would capture what this album meant for me in 2005.  But alas, I am but a simple caveman.  Just ask your mom (Apologies to the Queen).