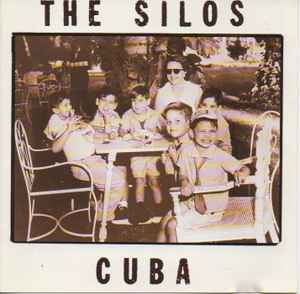 “Becker, you must REALLY love country music, right?”  Ehhh.  Not so much.  Well, not marketable pop or bro country music that’s for sure.  Hogs is an Americana music festival which incorporates a good bit of country music.  Great country music at that.  However, the curation is really a business decision more than a strong liking for the genre itself.  Being one of the 3 largest Spring festivals in New Orleans, when Rene and I founded Hogs, we knew we had to differentiate its musical stylings from French Quarter Fest and Jazz Fest in order to have a chance at success.  Plus, all the realms that fall under Americana pair quite well with BBQ.

Growing up in New Orleans, we weren’t exposed to much country music.  Left of the dial NOLA radio, WWOZ and WTUL, are some of the best local and college radio you can find but still lack alternative country.  Ironically, New Orleans was home to cowpunk pioneers Dash Rip Rock who were an exceptional tour de force and probably my first high school exposure to an alt country sound that I liked.  Once I went away to South Carolina, it was mostly songs about mama, trucks and prison…which remain a nostalgic guilty pleasure.  I had dabbled in the past with Uncle Tupelo, Jayhawks and Son Volt but found them all a bit boring.  It would be R.E.M., once again (see Feelies), that would be my bridge to alt country and cowpunk.  I had been researching all the 80’s Athens bands when I meandered off that path into Florida.  Here, I found The Silos.

Cuba is a simple album, and I think that’s what makes it so relatable.  Walter Salas-Humara pens heartfelt songs about everyday life.  Most of the songs follow a pretty easy three chord guitar structure with some switchup in the bridges interwoven with charming violin and pedal steel.  There’s gunpowder in those guitars though which separates this album from their aforementioned somnolent counterparts.  This is an album you can crush a beer to in certain moments (“Tennessee Fire”) while laying on the couch holding a loved one in others (“For Always”.) What’s so impressive about this album is the climate in which it was made.  In 1987, the Billboard Top 10 featured The Bangles, Whitesnake, Whitney Houston and Bon Jovi.  Cuba couldn’t be any further from the populist sounds of the time.  Art for art’s sake.  The back of the album cover features a naked man with just a guitar and an amp atop a mountain cliff.  Stripped down humanistic symbolism.  Viva la Cuba!

I love alternative and punk music.  I just needed to find my bridge into country music.  This album was that connector for me.  I’m sure you will encounter some unfamiliar scenarios that may frighten you.  Look for the bridge.  Let your known comforts be your aperitif.  What you know can help stimulate what you may not know.  This album fortunately created a two way bridge for me.  Forward to The Long Ryders and backwards to a group I had loved and forgotten about, The Connells.  We will cross that bridge later!

Favorite Tracks: “Tennessee Fire” “She Lives Up The Street”  “For Always” “Just This Morning”