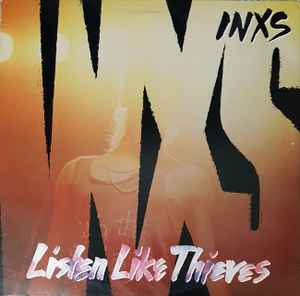 Women want him, and men want to be him.  But enough about me, let’s talk about Michael Hutchence and IN EXCESS.  In 1985, MTV was arguably at its zenith (they actually played music videos) when INXS released their 5th studio album.  The combination of a magnetic lead singer and the influence of MTV could catapult a band to super stardom quickly.  To borrow lyrics from a similar band in this era, Pet Shop Boys, “I’ve got the brains, you’ve got the looks. Let’s make lots of money.”  Andrew Farris had the brains and Hutchence the looks, the voice, and the flash.  LLT would be the kick that would launch INXS on the world.  Some albums are pure pop, danceable bliss.  This is one.

“What You Need” opens the album and was the first single released.  The infectious synth bass line takes me back to my mom’s rust and tan Suburban.  Pooling ceiling, no seatbelt wearing, 80’s freewheeling rocking out to this song in the third row seat.  The second single, “This Time,” launches me forward from the Suburban to (my 2nd) Senior year of college (2001) at a bar called The Cockpit, where our friends would go just about every night.  The stereo was alway rocking upbeat bangers…this was probably due to the owner’s affinity for nose candy.  Non decade biased party music every night.  “Reeling in the Years” by Steely Dan into “This Time” followed by “Last Nite” by The Strokes.  That sells beer.  The third single, “Kiss the Dirt” shows an older, somewhat mature, professional version of myself contorted like a Robert Longo figure in my living room/dance floor at 760 Magazine St.  Living for the moment and letting future Becker worry about the repercussions.

One mark of a great or meaningful album is one in which your favorite track on the album changes over the course of your listening.  I’m not speaking directly to the musicianship or lyrics, just simply how that album makes you feel.  For me, this album possesses that trait.  It’s been a timeless go-to for instant pleasure.  I don’t think we can discount how important that is in life.   Excess, for lack of a better word, is a good thing. INDOSES.