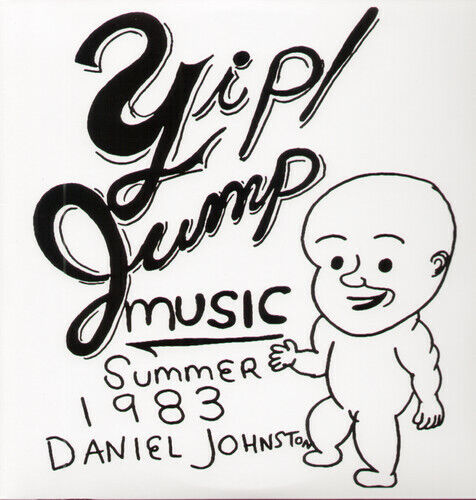 Pop music has become robotic and redundant.  Art and creativity have given way to data.  A hit song now is just a plug-and-play equation or proven theorem of chords, melodies and rhythm structure.  Grab a marketable looking kid, crank up the social media machine and let the flywheel spin.  Then there is Outsider Music.  It’s not always great and can be downright awful in some cases (The Shaggs!) but it’s unique and it’s true to its creator.  Daniel Johnston very well may be the king of Outsider Music.

My foray into this genre began in college.  I was in my third year (definitely not a Junior if you go by hours earned!) and Napster had just been released.  For the first time in my life, I had musical access to any song I wanted in the world.  For free.  In seconds.  Thinking that this would not last very long, I downloaded as many songs as I could fit on the hard drive (I’ll save the trivia of what my first song downloaded was for another day.  Hint: it’s terrible).  I remember a friend saying, “get Wesley Willis, ‘cut that mullet.’ It’s hilarious!”  Wesley was a hulking, headbanging, schizophrenic African American man from Chicago who self-recorded all sorts of music, mostly humorous in nature.  His work opened me up to outsider music, which is typically defined as low-fi, self-made unconventional music (some will just say BAD) but extremely passionate, endearing and original.  This music will not be the music behind the latest Tik Tok dance but it will get you thinking.

Like Willis, and many other outside music artists, Johnston possessed some mental illnesses.  Daniel was brought into the public eye by the highly overrated but sentimental Nirvana frontman Kurt Cobain who would often wear a Daniel Johnston t-shirt possessing Johnston’s artwork.  I actually have the same shirt.  Daniel self-produced all of his music at home on cassettes.  The music is puerile and can be haunting.  The prevailing and beautiful message of Johnston’s work speaks to me though.  Life is full of suffering and anxiety, but there is beauty in the world, and “don’t let the sun go down on your grievances.” This album is my favorite of Daniel’s work.  Just chord organ and some guitar cranking out simple songs about love and loneliness, The Beatles, and hope! Despite the raucous percussion throughout (it can literally sound like pile driving), he’s able to contrast those beats with some beautiful melodies. You will not find many other albums like this, certainly not on the radio, and that’s just fine with me.

Stay true to yourself.  Ask Kiki always said to me growing up, “Someone else’s opinion of you is none of your business.”  Question what the media and the masses project on you.  There will be pain and suffering, but there will be a whole lot of love and beauty too!  And as you know well, always be kind and nice to everyone.

Other outsider musicians I’d check out would be R. Stevie Moore and Gary Wilson.

Favorite Tracks: “Don’t Let The Sun Go Down On Your Grievances” “Sweetheart” “I Live For Love” “Worried Shoes”