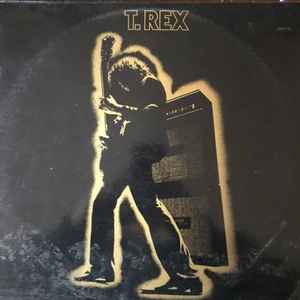 This album ignited my interest into a passion for record collecting.  Just about every one of my New Orleans core group of friends chose to go to law school after college.  I came pretty close but, fortunately, it wasn’t in the cards for me.  One of those friends, Mark, lived uptown on Valmont and Magazine in a house of a guy his mother was dating.  Prime location for a bunch of 23 year old boys.  The interesting thing about the house was the boyfriend hadn’t exactly moved out.  He didn’t live there but most of his possessions remained, including crates of records.  We would often go over there on Saturday afternoons to hang out.  One of these Saturdays, another one of our non-law school friends was digging through the crates and grabbed this album.  He gave it to Mark and said, “put on ‘Mambo Sun.’”  The dextrous feel of flipping through the crates, exploring the album covers and liner notes, and a world of music foreign to me…the hook was set.

“Mambo Sun” is a salacious song that sucks you in from the opening beats and Marc Bolan’s mystifying lyrics.  As I was sitting in the den hearing this song for the first time, I had one of those coincidental, Deja Vu moments as Bolan rips the guitar solo.  How did I know this song? I didn’t. “Holy shit. The Black Keys completely ripped this off.  This is “Everlasting Light.”  I’ve never liked the Black Keys. Overrated. Too unoriginal.  This “Mambo Sun” revelation further distanced me from the duo but really opened my ears to seminal classic rock.  But a “Rip Off” may be an unfair knock as all music is appropriated from somewhere else.  Bolan takes from Chuck Berry, Howlin’ Wolf and many other blues musicians.  “Bang a Gong” is the first song (and probably the only one) that comes to mind for most Americans when someone mentions T. Rex.  However, “Gong” isn’t a very strong depiction of the “glam” or sensual androgynous rock sheen of the album.  “Cosmic Dancer,” “Jeepster,” “Monolith” and “Life’s a Gas” are the tracks that really tie that being together.  The album doesn’t require a one sitting full listen.  You can drop the needle anywhere and find a strong dose of Bolan acclaimed “energy.”   Electric Warrior was so different from the 2000’s Indie that was consuming my life at the time.  Standing only 5’5”, Bolan still manages to cast a polarizing figure.  Sadly, he would tragically pass in a car accident just 6 years after this album’s release. “I danced myself outside of the womb/I danced myself into the Tomb” - “Cosmic Dancer”.

There are some really challenging periods in the path to adulthood.  Puberty and high school acceptance of self and from others seem to get the bulk of that attention.  For me, post college was probably my hardest phase.  When I moved back to New Orleans, I wasn’t the same person I was when I left for college…but felt like everyone expected me to be.  More importantly, I had no idea what I was doing with my life but felt like I should.  I was completely lost.  All my friends seemed to know exactly what they wanted in attending law school.  I felt behind and drifting.  It would turn out that school was more of a diversion as they would feel that same feeling as me just several years later.  As I’ve gotten older, I’ve seen so many kids fall into that same trap I was in.  However, I’m here to tell you, it’s NOT a trap….it’s a normal phase.  Fortunately, record collecting gave me a somewhat healthy hobby to pursue while trying to figure it all out.  Hell, I’m still trying!  I often revisit this album to reconnect with my younger self.  I’m still “beneath the bebop moon/howling like a loon.”